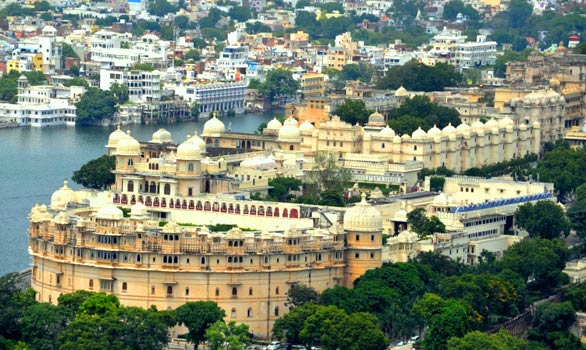 Udaipur, famously called the ‘Venice of the East’ and ‘The City of Lakes’. Udaipur,Rajasthan is a stunning location and has a rich cultural background and a great history.There are very nice tourist attractions in Udaipur. The palaces reflect the architectural glory conquered during the period of Rajputs and the scenic landscape is descriptive of how nature could be lavish where it chooses to be. Udaipur is also home of the lake Pichola. Udaipur is a city that is used to tourists from all over and is, therefore, a very tourist-friendly city.

There are very nice tourist attractions in Udaipur. Here are the list of top places to visit in Udaipur, which you just cannot miss.

City Palace : A palace complex built by impressive Maharana Udai Singh.The City Palace towers over the Pichola Lake. The balconies, cupolas and towers of the palace give a wonderful view of the lake and the surrounding city. This complex actually consists of four major and several minor palaces that collectively form the impressive City Palace.

Fateh Sagar Lake : Fateh Sagar Lake is an artificial lake in Udaipur and one of the four beautiful lakes in the city.It is situated in the north of Lake Pichola and is connected through a canal.The lake comprises three small islands and is surrounded by scenic views of the mighty Aravalli Mountains.It was inaugurated by the Duke of Connaught and was initially called Connaught Bundh.