Lake Pichola was created in 1362 AD by Pichhu Banjara a tribesman. Later Maharaja Udai singh Ji decided to found the city of Udaipur by the banks of the beautiful lake Pichola. The emperor must have gauged the beauty of the lake and in appreciation, gave the world the city of Udaipur. The literal meaning of Pichola is ‘the backyard’ said to be named after a nearby village called ‘Picholi’.Situated in the middle of the Lake is the Jag Niwas Island on which stands the proud Lake palace. It is a 250-year-old utterly romantic Palace- turned Heritage hotel. The lake palace has the best of marble and mosaic architecture. It is now under the flagship of the Taj Group of hotels. Like the Jag niwas another island called the Jag mandir and Mohan mandir are also prevalent.Jag mandir on Lake Pichola has a palace on the same name. Mohan mandir (north-east of the lake) is the island from where the King would watch the annual Gangaur festival. Maharana Udai singh ji further enlarged the lake by building a stone masonry dam called the ‘badipol’. The city palace of Udaipur and the Arsi vilas island are worth a mention here. Read More..

An artificial lake holds the picturesque beauty of the city of lakes. The Venice of the east Udaipur (Rajasthan, India) is blessed to have Lake Pichola right at the heart of the city. In the lap of the Aravali’s, Lake pichola is surrounded by lush greenery. This greenery is reflected in the fresh water lake along with the monuments.

The beautiful architecture of the palaces that surround the lake, the breeze and the breath-taking ambiance of lake pichola surely will take your heart away. Temples, elevated hills and bathing ghats adds to the beauty of Lake Pichola. It’s stunning surrounding landscape is perfect for postcard perfect views.

Lake Pichola was created in 1362 AD by Pichhu Banjara a tribesman. Later Maharaja Udai singh Ji decided to found the city of Udaipur by the banks of the beautiful lake Pichola.

Description The glittering white mansion standing right at the centre of the overwhelming lake Pichola is the Lake palace Udaipur.

Description Fine dine to street food, the city of Udaipur offers all the food options.

Latest from the Blog 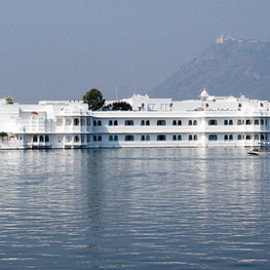 The beautiful artificial fresh water lake that is Pichola Lake Udaipur is one of the many great man-made beauties of the city. The Pichola Lake udaipur is named after the village of Picholi... Read More